Skillful chefs from 13 countries have worked with their Vietnamese counterparts to make a gigantic banh xeo, or Vietnamese rice pancake, weighing 150kg as they convened in the central city of Da Nang for an international food festival earlier this week.

The giant banh xeo was made as part of the inaugural 2019 Da Nang International Food Festival, which wrapped up its five days of activities on Thursday.

The highlight of the closing ceremony was when 23 chefs, consisting of 13 foreigners and ten Vietnamese, began to make the giant rice pancake on a copper round tray that measures 3.68 meters in diameter.

The Vietnamese pancake is made of rice flour, water, and turmeric powder, then stuffed with pork, shrimp, diced green onion, mung bean, and bean sprouts.

The cake, including all essential ingredients, weighed about 150 kg and could serve as many as 200 diners, according to the organizers.

Australian chef Bernd Michael Uber said that what made the mammoth banh xeo special is not its impressive size but its meaning as a testament to the enthusiasm international chefs had for Vietnamese culture.

During the five-day festival, held on the east side of Dragon Bridge on Tran Hung Dao Street in Son Tra District, the 13 international chefs put their cooking skills on display and introduced their countries’ traditional dishes to more than 10,000 local people and tourists.

Nguyen Xuan Binh, deputy director of Da Nang tourism department, said the second Da Nang International Food Festival will take place in 2020, after which it will become an annual festival. 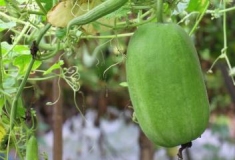 What is winter melon tea good for?

Rita Winter Melon Tea is a traditional herbal tea that made from fresh winter...
Read more 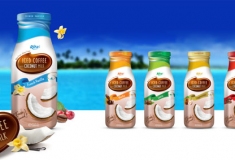 Being growth in lush alluvial plain of Mekong Delta, coconut tree is known as...
Read more

The Vietnamese celebrate the Doan Ngo festival on the 5th of the fifth lunar...
Read more 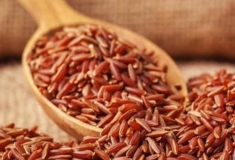 BROWN RICE MILK – A JOURNEY TO THE HEALTHY LIFE

Brown rice only has the hull removed, leaving the nutrient-packed bran and...
Read more 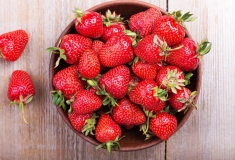 BASIL SEED DRINK WITH STRAWBERRY FLAVOR – FUN FOR YOUR MOUTH, GOOD FOR YOUR BODY PRODUCT INFORMATION

Basil seeds are also called Sabja, Tukmaria which have lots of nutrition facts when...
Read more 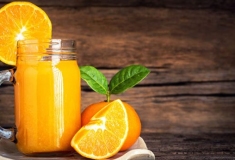 ORANGE JUICE – THE TASTE OF “THE GOD’S GIFT”

Oranges are one of the most delicious fruits that are equally popular in elder...
Read more

We bring you the fresh, healthy, nutritional juice drink by applying creativity and innovation to nature's bounty, since we are in the tropical region of Vietnam.